Lisbon is especially interesting place for those who would like to discover not only Portuguese, but also Afrolusobrazilian culture. 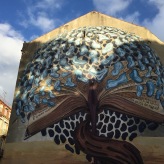 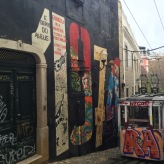 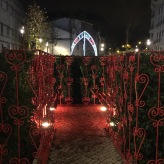 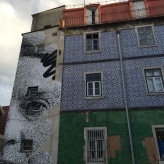 So last Christmas I gave my heart to the archipelago of Cabo Verde and of course, made a stopover in Lisbon. Apart from some very interesting animation show at the Praca de Comercio, there were some other highlights of that short stay, such as joining capoeiristas by the sunset. 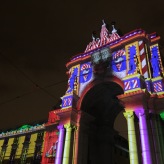 This is where a friend of mine, who is very influenced by afrolusobrasilian culture, introduced me to some cultural associations and places where typically descendants of Portuguese-speaking African countries organize their concerts, events or festas. 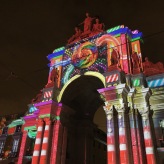 I was also lucky to try the typical food from Cabo Verde: cachupa, before actually reaching my final destination. Be it Cabo Verde, Sao Tome e Principe, Moçambique, Angola or Guiné-Bissau, or even further in the world: Timor Leste, Goa or Macau – you will find all the places inside Lisbon, like travelling without moving. 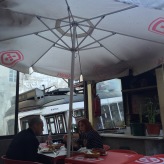 Obviously, this has to do a lot with the history, and multiculturalism of Lisbon is an effect of post-colonialism processes. Upon my arrival from Cabo Verde I started digging deeper the topic of the descendants of the African countries living in Lisbon. ‘Nôs Terra’ shows the day-to-day specificities and also struggles of the Caboverdean community in Lisbon. It shows processes familiar to everyone who ever relocated, the in-between state of not belonging anywhere (the country of origin and current location).
I hope though that the unique multiculturality of Lisbon will stay a value itself. Music industry has already spotted Lisbon as one of the most interesting places in the world and so is becoming with art in general. There is no place like Lisbon, colourful, diverse and full of inspiration.

One thought on “Nôs Terra”