After a longer break from posting here, I am coming back after a few exciting but intense weeks which didn’t leave much space for reflecting by writing for pleasure. Exactly a month ago I spent a few magical days in the windy capital of the waves (ondas) in Ericeira, making it my first stay in Portugal since over two years. 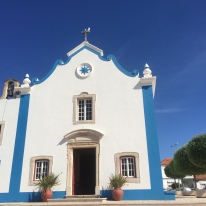 How did I end up there? Long story short, this year I moved jobs and joined one of the leading no-code companies operating fully remotely, and my starting date coincided nicely with the very first onsite meeting face to face in this beautiful place on Earth. Working remotely does not mean you are disconnected, or get distant with the people you collaborate with. I could experience that first-hand, only one week after I started. 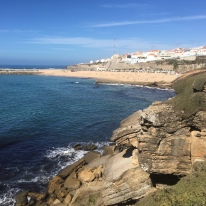 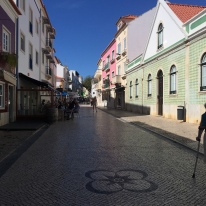 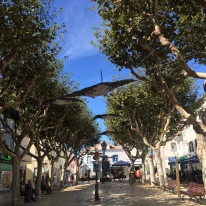 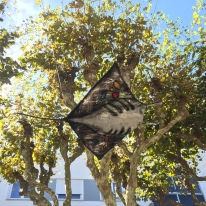 Logistically, it must have been a great effort to organise such a meeting safely and coordinate the arrival of 140+ people from 20+ countries all over the world. It all worked out to my amazement and was also a very first large social gathering I attended. Thankfully, the agenda consisted of different activities: meeting people in various contexts: joint meals and workshops and then enjoying very social activities but and also focused on self-balance and discovery, such as yoga, morning trail runs or surfing.

I joined a historic walk around the town to learn more about it. Having spent one summer not that far away from here, in Obidos, I knew the region quite well, but not Ericeira itself. Home to several world championships in surf due to very special waves conditions, it is mostly known by experienced wave lovers from all over the place. I wasn’t brave enough to give it a try yet, remembering my first attempts during that summer 2009 which resulted in knee injury. 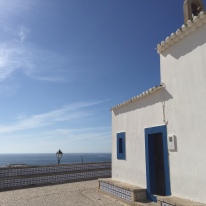 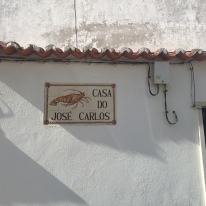 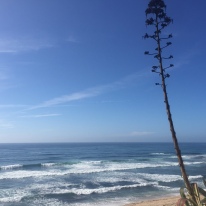 I enjoyed the morning trail run though, encompassing the town from different angles, and passing through the historical sites. A fishing harbour is located next to the Pescadores beach, above which there is a number of picturesque houses, named after the fishermen or their trade. Next to it, there is also a tiny, magical chapel of Nossa Senhora da Boa Viagem and a church of São Sebastião serving prayers to the seaman and their return, or as they name it ‘good death’. 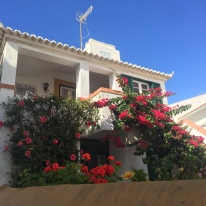 Each year, during the local festivity dedicated to the Lady of the Good Trip (or we should say: Return), a procession from the sea is organised, bringing the Virgin on the boats from the ocean, in a specially decorated boats, followed by the walk on the streets covered by a colourful sand mosaics. I can only imaginee the harship of the sea life in the past, now looking at the powerful currents and winds in this area. Probably no one in the past would imagine that the crazy waves would attract ones thousands of adventure seekers. 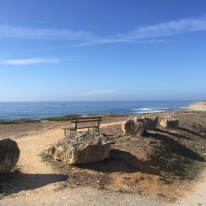 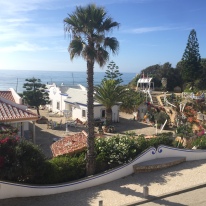 During its hundeds years of the history, Ericeira became home to many travellers. For instance, traders from far away Macau would influence the architecture of the noblemen houses, bringing a little bit of Chinese culture to Portugal. Hundreds years later, Ericeira became a strategic point of further departure to the Americas for the Jewish people fleeing the horrors of the WWII, thanks to the Portuguese Consul Aristides de Souse Mendes.

The powerful sound of the waves, the harsh history or this place and the direct exposure to the ocean energy recharged me a lot while I kept getting to know so many new people from all around the world, sharing a context of the collaboration in such an unrealistically beautiful place. 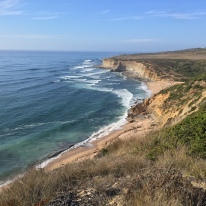 Finally, we spent a day in a place I used to call home: Lisbon.I had a chance to revisit familiar and new places during the treasure hunt activity, and ending up the day at the sunset boat trip around the Tejo Bay. Some things changed, some remained the same – isn’t it a truism about all of us? 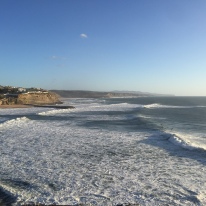 On the trail run path, I saw a poem, coming from Fernando Pessoa’s O Guardador de Rebanhos (The Keeper of Sheep), and I fell in love with these words immediately. Enjoy it, if you understand, and if you don’t, enjoy the sheer sound of the Portuguese language,.