Last month I travelled to the North-West of Spain, Galicia, to disconnect with the hustle and bustle of the city. On the way, I have stopped in my beloved Barcelona to spend some time in the city with my friends, and eventually I was speaking at a conference there. That’s why I needed to reconnect with nature and inner peace of mind so much. It was the second time around that area for me, and this time I visited Vigo, Islas Cíes and Finisterre (Fisterra in Galego). 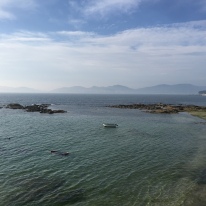 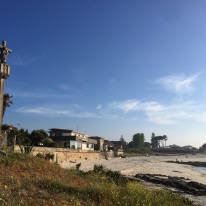 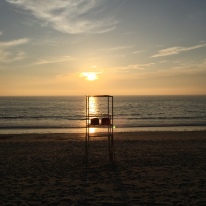 Vigo was initially meant to be only a stopover location on the way to Cíes Islands, but I decided to stay longer. Partly because it is an absolutely non-touristic location, partly because it offers extraordinary foodie experience and last but not least, its industrial history fascinated me. 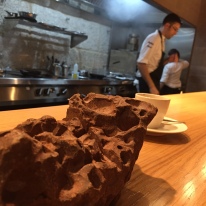 As a city of slightly over 300 thousand inhabitants, it offers e.g. four gourmet star restaurants. Besides such a luxury, one can afford a very decent quality of life, however, the problem is that well-educated youth is leaving the city quite soon. Nowadays it seems empty and derelict at times, even though it has some good technical universities. Located only about 100 km North from Porto, a rising star of the European innovation scene, I bet it may become an interesting hub in a few years as well. 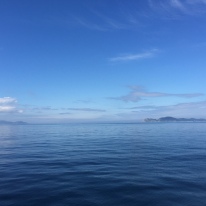 After visiting Vigo, I was anxious about the ferry trip to Cíes Islands. It offers only seasonal connection by ferry (from May till September) and as it is a natural park, one have to apply for the permit to land from the Galician Government in advance. 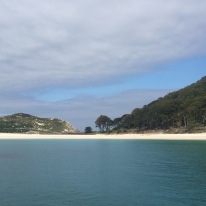 I was told about these mysterious Atlantic Islands close to the Spanish coast by a friend who used to live in Portugal and summarized it as a truly paradisiac destination (cielo in Spanish means ‘heaven’, hence Cíes Islands means ‘Heavenly Islands’). Since I’m craving for remote places, it was quite high on my priority list of destinations to visit. 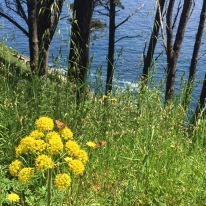 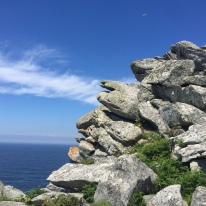 I’ve chosen to spend a whole day hiking around the island – in between climbing up the rocks, I also rested at the empty Caribbean-like beaches. I have to admit though that at times, this was far from a remote place. Even though May is only a start of the season to visit and I can imagine the peak of the tourism happens later in the summer. 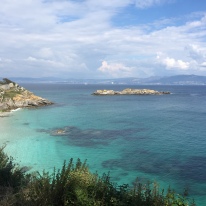 Still, the government does its best to limit the number of visitors and prevents from destroying the natural habitat of the island. I was reminded many times, by squeaking seagulls, that these islands are primarily their home, not humans’. 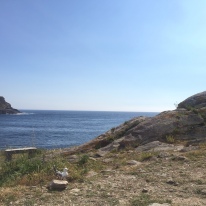 In the pictures above, it is made quite clear, how many of them are nesting on the Heavenly Islands and how easily it is to destroy their homes. I always travel being respectful for the others earthly creatures, and try to limit my impact on their development. 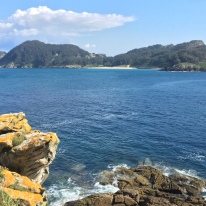 After visiting this heavenly place, I took the road alongside the Western shores of Galicia aka Costa da Morte, towards ‘The end of the World’, Fisterra in Galego language, or Finisterre in Spanish.

The end of the world is the Westernmost Peninsula that attracts plenty of pilgrims and reflects on the Medieval symbolics of the end of the earthly lives. Back in a day, they believed that behind the dreadful waves of the Atlantic Ocean, there is a place that devilish creatures live. 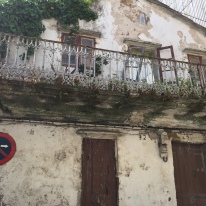 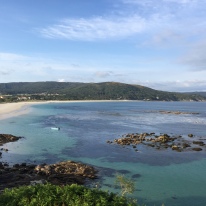 Avoiding the brutally commercialized town centre, I focused on exploring the particular architecture and romantically derelict villages. I discovered the meaning of hórreo – a popular granary raised above the ground on mushroom-looking pillars that prevented rodents from stealing the crops, typical for North of Spain and Portugal. They prevailed till now and are often kept in the gardens, not only as a decoration. 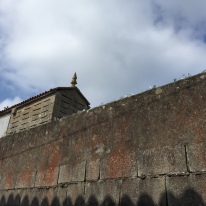 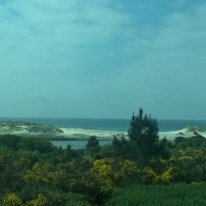 Another peculiar thing observed at this relative end of the world is the cemetery, designed by a famous modernist architect César Portela. Taking into consideration a location: not without reason named as Costa da Morte (Death Coast), its resemblance of the final destination, between the light of the sea and the sun, it inspired to place a project of a communal cemetery.

It is currently abandoned, even though it won a prize in 2003. I was very moved by the philosophy of the light and location of the project and hope it will come to life one day.

At the end of the old world, Europe’s lunge into an immense sea of freedom, I felt very alive. Pensive, thrilled by the views, sounds and tastes I discovered in this one week, I am fully recharged and ready for the summer madness to come.