This month I would like to look back at the island which attracts thousands of wandering sailors in the middle of the Atlantic Ocean: Faial. 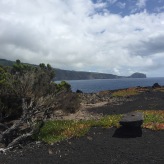 It’s located in the central archipelago of Azores and it takes roughly half an hour to get there from Madalena on the island of Pico. If you are lucky, you can see a disapperaing tip of the volcano as you cross to Faial. Or dolphins and whales alongside your boat! 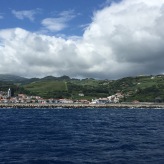 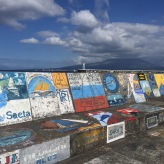 I spent a couple of days on Faial, namely in its capital: Horta and on the North-Western tip of the island in the romantic bay of Valadouro, known for its natural lava pools, lonely lighthouses and dramatic coastline leading to the Capelinhos volcano. 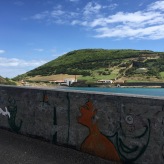 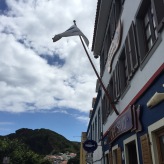 Since this is an island of encounters, as a solo traveller I had so much luck meeting extraordinary people in various parts of the island, mostly while hitch-hiking. Digital nomads from Poland, refugees of the hi-fi civilization reconnecting with nature and living the life in accordance to minimalism/simplicity philosophy, sailors seeing the land for the first time in weeks or retired Azoreans returning from life-long migration in Canada or East Coast of the USA. I also had a chance to bump into some of my fellow travellers hopping the islands like me, only in a different order. 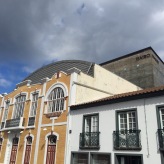 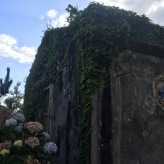 During the time I stayed in Horta, there was a local festival called Semana do Mar, one of the most attended festivities on the archipelago. There I witnessed the relativity of what’s exotic: one of the most surprising attraction was to watch Slovakian traditional dances, something I found pretty surreal to see in the middle of the Atlantic. Everyone else seemed pretty amused though. 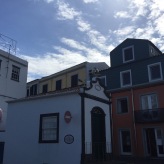 Horta offers lively bar nightlife, with its famous gin & tonic at Peter’s Bar – a legendary sailor’s spot for encounters in the middle of the ocean. To be honest, its gin & tonic tasted exactly the same like anywhere else on Faial, the only difference was the spirit many sea life stories or adventures which are told on a daily basis at it’s counter. 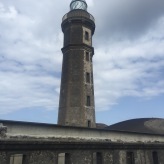 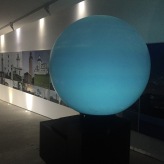 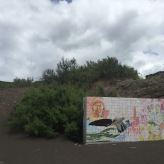 However, the cruising ship’s marina is not to forget. Thousands of paintings on its piers, done by the sailing crews from all over the world tell stories of distant travels, sea adventures and their original destinations. It was very emotional to me to see Berliner, Polish, Portuguese, Spanish or Brazilian paintings being so far away from my ‘homes’. 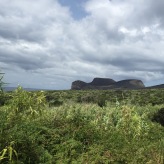 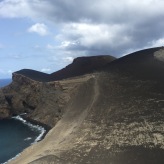 Porto Pim in Horta offers a wide, white-sand beach and plenty of bars or restaurants, and is a great place to chill out after a whole day of (hitch)hiking and gin-tonic tasting. 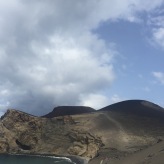 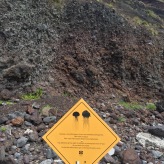 Unfortunately, I haven’t made it to the great caldeira – a crater in the middle of the island, given that I lacked not only time, but also food and water necessary to complete this 20 kms hike. I went on alongside the Westernmost coastline to the Capelinhos where one can walk at the verge of the volcano remnants and go underneath an impressive and interactive museum dedicated to… volcanos, lighthouses and planets, alongside with the geothermal history of Azores. I found this combination interesting at the beginning, but later it all made sense to me. Maybe it should be called a Principezinho (port. ‘Little Prince”) museum. 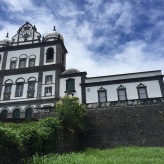 At the end of my stay, I met various artists from the local Sociedade Filarmônica preparing for the annual parade in Horta. They all spent long days practicing their repertoire and choosing the clothes representing their local communities. I was very impressed during the whole journey, how important was to preserve local music, dances and craft on these remote and distant islands. 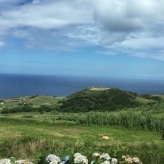 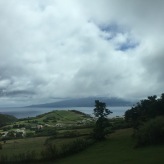 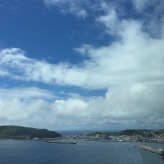 After spending a few days on Faial, my longest journey was about to set off: I was boarding a ship which goes only once in 2 weeks during the high season to the paradisiac island of Flores. It was delayed and the storm was kicking in. The last chapter of my Azorean journey in 2017 will be continued in 2018…