As my time in Germany is limited, I am trying to make the most of it. In between wrapping up things, I decided to do a few getaways to incredible places around the country using only train and public transportation. In April, I’ve visited Weimar and I still have Dresden on my list. This post is about a two-day trip I made to Sylt, the Northernmost island of Germany on the North Sea.

You can clearly see me wearing the winter clothes and sunglasses at the same time – I think it’s the best metaphor of the weather in Schleswig-Holstein all year round. Beginning of May I had quite a lot of luck not to get too much rainfall, but the freezing 50 kmph winds that almost blew me away from the dunes. 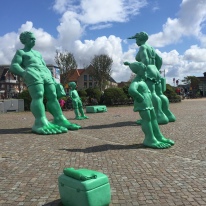 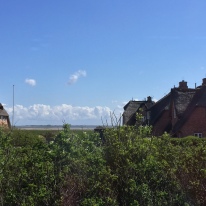 It is fairly easy to get to Sylt from the capital: 6 hours of train drive (29,90 EUR if you’re early enough to book) with a connection in Hamburg, and you can reach the capital of the island: Westerland. To prepare you for the dramatic weather, you are welcomed by four sculptures facing the wind. Germans are pretty serious about warning you about the dangers I guess.

While Westerland is the biggest town and has some life going on (at least off season Sylt seems to be mostly a destination visited by the schoolchildren groups and the elderly), it is the nature what is the most breathtaking and worth exploring while on the island. On the Southern, ‘the sunshine’ tip of Sylt one can hike around on truly beautiful beaches, or take a boat trip to see the varied sea life of both North and Wadden Sea (Wattenmeer). 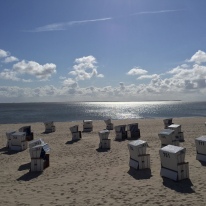 The phenomenon of the tidal flats of the Wadden Sea is the biggest in the world and Sylt is one of the places on the North Sea when one can experience the mythical ‘walking on the water’ at least once per day when the current is receding.

My favourite part of the island was the North: around the List harbour. Watching abundant and rare bird wilderness, walking through the hiking paths alongside free range sheep and cows was a bliss. 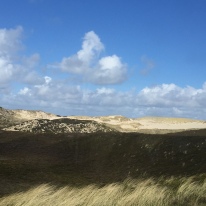 In this part of the island you can also experience the most unusual lagoon and bay formations between the Wadden and North Sea.

Even though I was one of the very few visitors at this time of the year, I loved the solitary experience – probably the island turns into a completely different place in the summer. On the way back, I could not help but looking into the rural, flat landscape of the Northernmost region of Germany – including the endless dunes, Wadden Sea flats and North-Baltic sea canals. 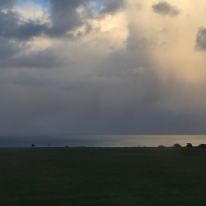 Last year, while visiting my friend Maria in Lisbon we had a chat about the usual topics we have on our minds: sustainable travel (not to mistake for tourism), languages and literature. She recommended me a book which I devoured with a great pleasure: ‘L’usage du monde‘ by Nicolas Bouvier. 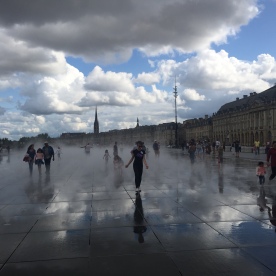 It actually touched upon all these topics and provided a lot of guidance on how to discover the world with respect, quite contrary to the title meaning ‘Using the world’. I’d like to come back in time and describe briefly my last year’s stay in Bordeaux, and reconnect with my ‘French period’. I studied French literature for a few semesters and spent some time discovering the country and its language. 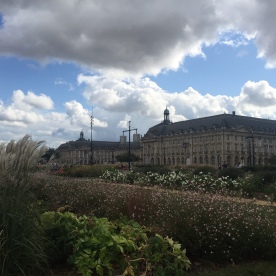 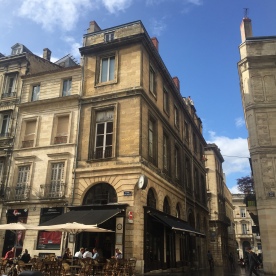 My first blog ever, after my summer stay as a intern in the South of France contains of quite a lot of travel, music and cinematic inspirations. Some of it I can’t recall very well these days or am ashamed of writing those days, but leave it up there for the sake of literary honesty and smoky traces. 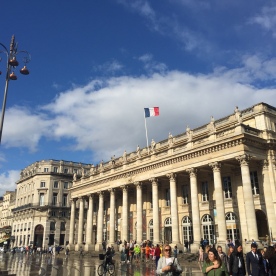 After many years, I decided to travel to France again to visit the Aquitaine coastline and the city of Bordeaux, famous for its 18th century architecture, fantastic cuisine and wine. Some of the things that I enjoy the most in life (especially when it comes to red wines like Merlot, Malbec or Carmenère – all present in the region of Bordeaux). 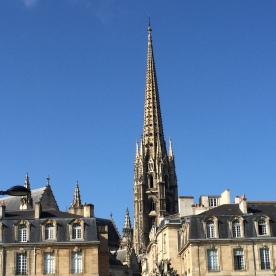 The city, divided by the river Garonne has an entry basin to the ocean, so it is often visited by various cruisers – both those that came through the river (often as far as Switzerland or Germany) or Atlantic route. Along the river there are a plenty of cafés, restaurants, concert halls and sport spots. It feels very egalitarian for various age groups and classes: it’s neither too bourgeoise, not too rough. 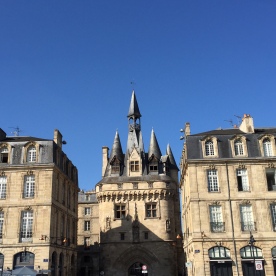 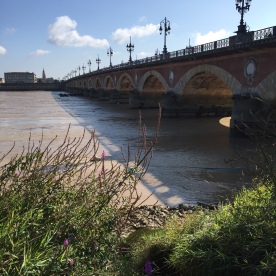 The area of Chartrons neighbourhood is full of interesting street art. As for the museums, no one should miss the City of Wine, and the contemporary museum: CAPC. Aside from that, Bordeaux feels spacious and not overly crowded by tourists, even during the summer season. 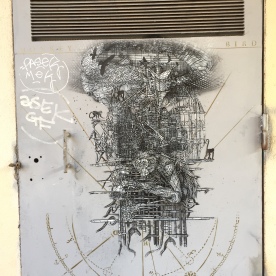 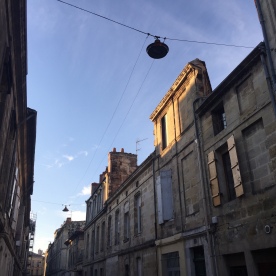 Bordeaux is a perfect city to discover on foot, by bike or convenient and fairly cheap public transport: buses and trams. When speaking French, I felt very encouraged to chat at a pretty much any occasion, quite opposite to my first harsh experiences in Paris. 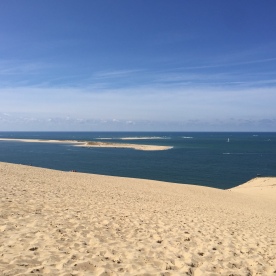 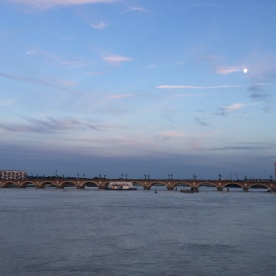 When tired of the cityscape, within an 1-2 hours train drive’s reach, there are also natural spots like the highest European dune: Dune du Pilat, breathtaking Atlantic coast beaches and cute seaside towns. 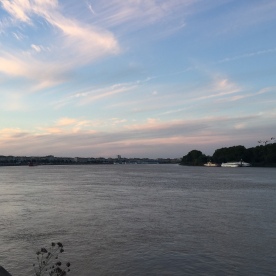 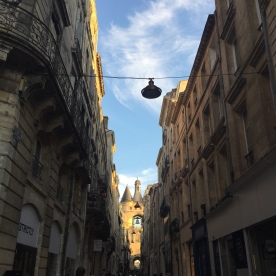 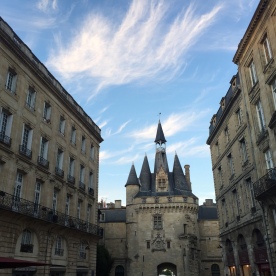 Having spent four days only, I could only touch upon the beauty of Bordeaux, the palate of its wine, but already promised myself to return to France soon. Coming back to speaking has been easier for me than learning German, although I have to admit the relative difficulty among these two languages stays similar to me. À bientôt! 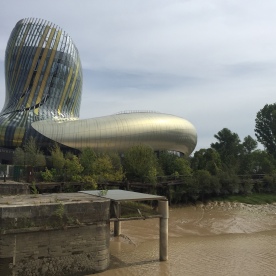