I love the fact how fast you can travel around Spain. I am very privileged to be currently living in the city with a high-speed train connection with most of the country, Malaga. Even though it is one of the Southernmost cities in Europe, within 2,5 hours ride you can be in the centre of Madrid, in a completely different setting, and this time of the year, it is especially visible. 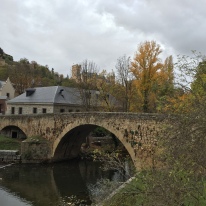 For years I’ve been dreaming to escape the European wintertime and November gloominess, and darker, shorter days. What I miss though is the change of the leaves and how they dance in the sun.

That’s why, and for a few other reasons for the November 1st long weekend weekend we have chosen to travel to Segovia near Madrid. I have already visited Toledo and Segovia was recommended to me like its Northern sister, beautiful and charming in a different way.

On the way to Segovia from Madrid you pass through one of the longest mountain train tunnels in Spain, and at its opposite end, seasons and landscapes completely change from Castilla to León. As we descended from the Ave train, the difference in temperature between Malaga and Segovia was more than 15 degrees Celcius! 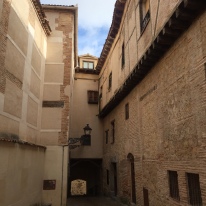 Our first impressions of Segovia was its elegant sepia colour, matching the surrounding rocky mountains of Castilla. Even if Segovia’s historical sites date back from Roman times to Baroque, it seems this colour keeps the continuity of the story behind the city. We stayed at the Parador, which is monumentally overlooking the city panorama where you can obseve eagles on the treasure hunt. 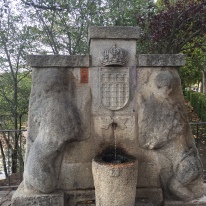 On my first day I hiked around the surroundings of the Parador, in the valley of Eresma river. There are plenty of monasteries nearby, adding to the mistery of this neighbourhood. There is also an interesting numismatic museum called Casa de la Moneda, showcasing the story of the Spanish capital. 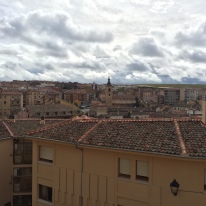 From afar, one of the most impressive buildings is the Roman aqueduct, still in use, providing potable water to the city and its surroundings. Everywhere you go, you can see the water flowing from the wells or fountains. As I followed the hiking train around Eresma river, I fell in love with a sleepy neighbourhood of San Lorenzo where you can eat out at local bars, trying tortilla de escabeche and wine early in the morning, and spot a sculpture of the laundress. 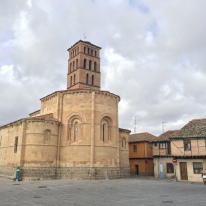 Multiple churches from early Gothic to Renaissance times are complimenting the monumental Cathedral of Segovia which is the last type of Gothic cathedral build in Europe. As for the ever-present monasteries, in the former Convento de Capuchinos nowadays you can eat out at the Restaurant Villena, probably the most hedonist place I’ve ever been to. Serving the local treats like cochinillo in a very creative ways with the local wine pairing, it is literally the heavenly pleasure. 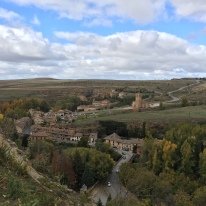 Last but not least, in the Western part of the city, there’s the impressive, medieval Alcazar castle, where Isabel I was crowned as the Queen of Castilla and more trivially, it inspired Walt Disney for the depiction of the castle in the Cinderella tale. 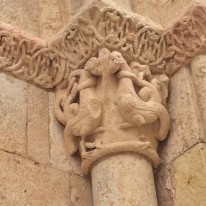 Segovia is a dreamy, quiet place, surrounded by impressive mountain ranges and green fields. The autumn colours mixed with its architecture in sepia colour makes it probably one of the most romantic sites in Spain to visit during this time of the year and contemplate the time that passes by, like the seasons every year.