Two years have passed in an Augenblick (like Germans like to define “the time that flies”) since I have moved to Berlin. I would lie, if I said I don’t miss Barcelona, Brazil, Portugal and my hometown Poznan from time to time. Travelling is relatively cheap and easy these days, at least to some of these locations though, so I don’t happen to be homesick too often to be honest.

Especially that I feel very happy where I am now, both personally, and professionally, and Berlin keeps surprising me every day with its amazing cultural offer. I even realised how I can cope best with the dark and cold days throughout roughly half of the year. Concerts and dancing are among my most powerful weapons! 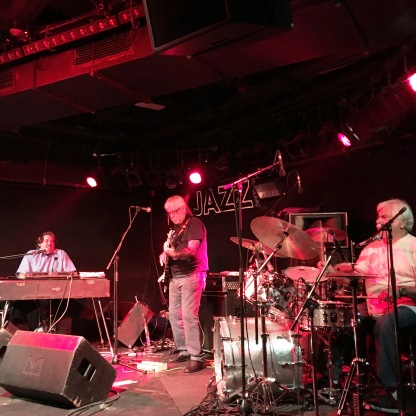 It is also fair to say, that during these two years, I have met amazing people from all over the world sharing my passions and at the same time showing new perspectives, opening my mind and enriching my life.

More importantly, I keep speaking Portuguese. Be it at work with my Portuguese-speaking colleagues (or those wanting to simply learn and practice!), be it with my good old or newly acquired friends. Berlin has an incredible offer of Latin American movie festivals as well as concerts of all the music genres,  out of which I happened to see two of my Brazilian jazz gurus this year already.

I am very honoured to have seen Ed Motta earlier this year, and Azymuth trio only yesterday. There are very few artists which inspired so many DJs and producers much as they did. Actually, I can’t think of any dancefloor which wouldn’t go crazy if a DJ dropped ‘Jazz Carnival’, regardless of the location. As a consequence, their tracks have been often remixed and incorporated into legendary mixes. I was hoping to see them live for a very long time, especially when I noticed that they were featured at the Boiler Room session and announced their European tour.

A thought that occurred to me yesterday, was about the universal and timeless aspect of music. Even though Azymuth members could be my grandparents, and most of their tracks are much more older than I am, their sound is moving the crowds to a state of frantic trance.

One thought on “Brazilian Jazz Carnival in Berlin”