This is not a post about Erykah Badu’s new mix. Badu is a creole name for the people of the biggest island of the Cape Verde archipelago: Santiago, and to them I would like to dedicate this post.

Crowd, chaos, waiting: in three words that could summarize pre-Christmas time at the arrivals lounge of the Nelson Mandela Airport in the capital of Cape Verde, Praia. The guards, customs and military at the airport mingle so much that it is not that easy to distinguish who is working there and who is ‘just chillin’. I still have a lot to learn: but beyond words and gestures I catch the first meanings of morabeza, famous hospitality and relaxed attitude of Cape Verdeans. On the top of that, my luggage is lost, but oh well, after 2 hours of waiting for visa stamp that does not even surprises me. 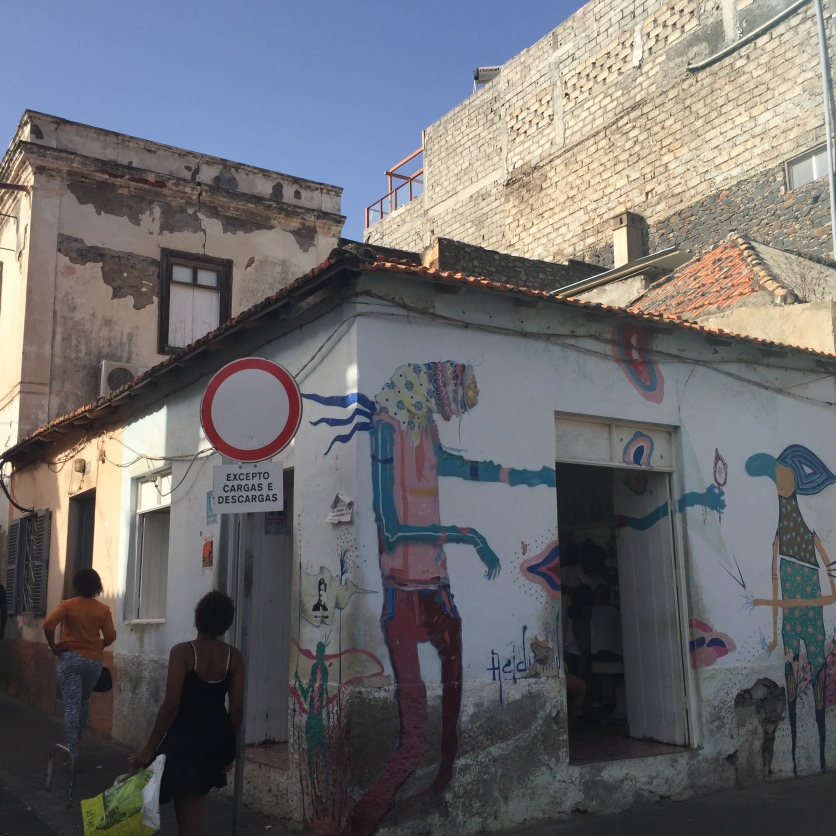 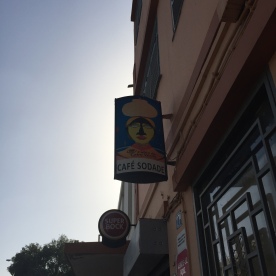 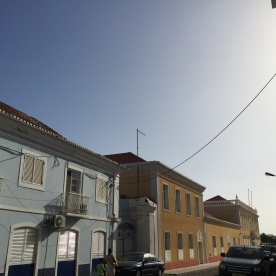 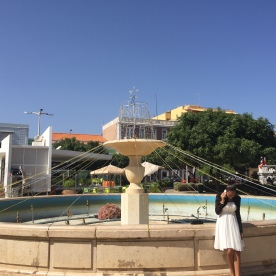 What surprises me though is that the owner of the apartment I briefly spoke over e-mail, waits patiently in the arrival lounge though and shows no trace of being nervous, or upset after over 3 hours of waiting. He took this time to chat with some other people waiting over a midnight coffee. On the way we take some other people, just for the sake that they’ve been heading the same direction, no matter that it’s long after midnight. Even though I am tired like never before, I am so happy it’s 3 am and the temperature is over 25 degrees. And I slowly see some logic in the what I defined as chaos.
After I wake up and have a breakfast with my beloved mangoes and papaias, I head to the biggest market of Praia: Sucupira to get some ‘essentials’ that were left behind in my registered luggage. Sucupira is a labirynth where you can get anything from chinelos (aka ‘Havaianas’) to running piglets. Not surprisingly, clothes are rather expensive: as there is close to nothing produced in Cabo Verde, most of them come from Paris where, according to the estimations, there is the biggest diaspora of caboverdianos. Next to bikinis, there are figures of black Jesus and black Maria, someone fries chicken wings in piri-piri and the sounds of funana are all over the place. 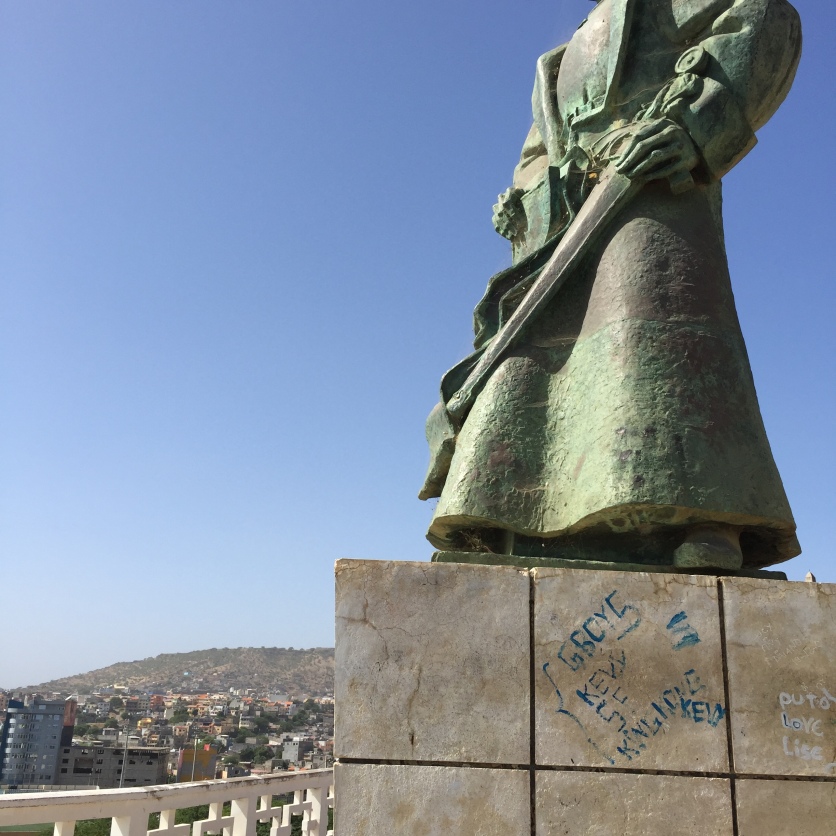 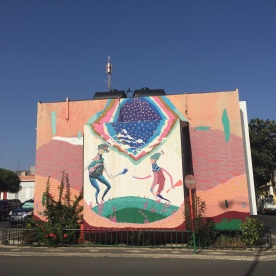 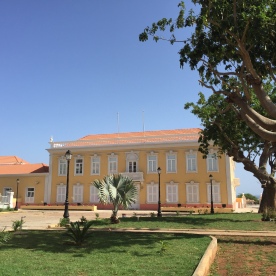 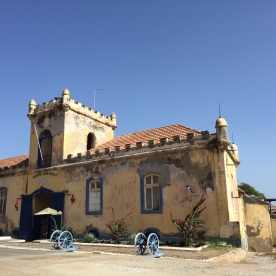 I leave Sucupira to find some quiet shelter in the uptown district Plateau, historically second settlement in West Africa after Cidade Velha which I will describe in the forthcoming posts. There, in a bar 5al da Musica I take a musical tour through the history of Cabo Verde: from B’Leza to Sara Tavares. And in the meantime, visiting musician from Angola and Lisbon practice their evening jam… I get goosebumps while hearing the fresh sounds and inspirations I would never hear about in Berlin. And so my first 24h in Praia are gone, I order my last coffee, chat with the musicians feeling very balanced, inspired and happy, almost like Bad’u.
Si ka badu ka ta biradu!

5 thoughts on “Badu is always comin’ for real”